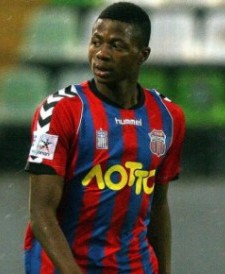 After playing for the Nigeria Under 20s at the just concluded World Cup held in Turkey, the 20 - year - old attacking midfielder has now joined his new teammates in Austria.

''I've been having a purpose and I am working every day more and harder.

''I was absent for a little more because of the national team. Day by day I become more integrated.

''I work to remain at a high level as required by the Olympiakos.

''Every game will be tough from here on out. Every game we play in trying to give our best,'' Sport FM Greece quoted Olaitan as saying.

He made his unofficial debut in the Reds 2 - 1 victory over Simurg on July 16, playing from the left side of attack.