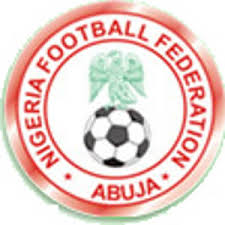 Manu Garba has selected 30 players from his two week long screening held in Abuja, and they are expected to travel to Calabar for the final leg of screening ahead of the Under 17 World Cup billed to be staged in the United Arab Emirates beginning from October.

However, the lucky players are expected to pay for their accomodation and feeding plus transportation while in Calabar

In addition, the selected players are also required to perform the MRI test from their pocket.

An agent whose player got selected told allnigeriasoccer.com: ''I am not sure the coaches are serious. These are young schoolboys, most of them from poor background, how do u expect them to lodge, feed and transport themselves to training for one month in a strange land like Calabar.''

''This screening to me is an exercise in futility. I think the coaches already know what and who they want plus this their latest condition is more like a way of dropping players in disguise and opening the door for the highest bidder.

''I tell you our football won't grow like this. Under age players being requested to camp, feed and transport themselves while with the national team that's nonsense.

''I am taking my boy back to his club, playing for the Nigeria Under 17 team is not a do or die affair,'' he fumed.