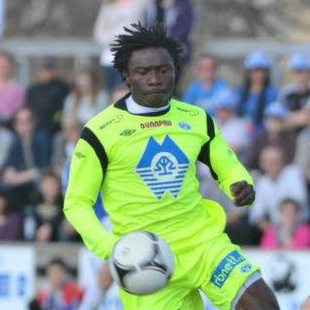 Molde's 1 - 1 home draw with Polish champions Legia Warsaw has left the team with a mountain to climb in its bid to qualify for the next round of the UEFA Champions League.

22 - year - old attacker Daniel Chima had given the back to back Norwegian champions the lead in the 29th minute only for Vladimirs Dvalishvili to restore parity for Legia midway through the second half.

'' It was a very important goal for me and my team. The good thing is that we did not lose.

'' I fancy our chances in the second leg. We can go to Poland and come out victorious,'' says Daniel Chima to allnigeriasoccer.com.

Daniel Chima has been in blistering form lately, netting 6 goals in 9 games in the league, cup plus the Champions League.