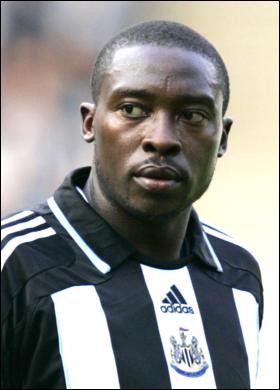 Two - cap Nigeria international Shola Ameobi has been praised by Newcastle gaffer Alan Pardew after he netted in the League Cup tie against Morecambe on Wednesday night.

'' Shola has actually looked the best I have seen him in this pre-season.

'' I think the Nigeria selection has actually given him a boost, I can see that in his eyes.

'' He is looking forward to the international coming up and I think that has benefited us.

''Sometimes we moan about that, this time it has been a bit of a lift for him and his confidence and everything.

'' He was terrific in the second half,'' Alan Pardew was quoted as saying by chroniclelive.co.uk.

Shola Ameobi has been summoned by coach Stephen Keshi for next weekend's World Cup qualifying match against the Flames of Malawi.