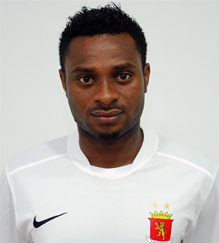 The 26 - year - old joins the Lilly Whites on a one - year contract from Union Bank FC, Lagos.

After two rounds of matches in the Maltese Premier League, Obaje has failed to make his league debut.

However, he played for Valletta in the Europa League matches against Minsk.