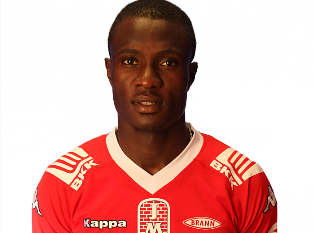 And that means it’s a foregone conclusion that he will not feature for Racing Genk in their Europa League clash against Dynamo Kiev on Thursday.

The former SK Brann hero has not a made a single appearance in the Belgian championship this season.

Put aside his injury woes, Kim Ojo is way behind Mario Been’s pecking order of strikers.

This past summer market, there had been speculations linking him with a loan move to SK Brann, but the Racing Genk heirarchy failed to sanction his return to Norway.

Also, the Warri born forward was on the radar of Lierse in August, but eventually he was not offered a contract.