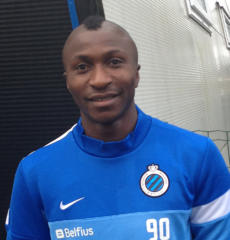 Club Brugge defeated Anderlecht 4 - 0 on Sunday in the Belgium championship, with former Nigeria youth - teamer Kehinde Fatai netting on his debut for the black and blue.

Interim coach Philippe Clement introduced Kehinde Fatai in the 80th minute and 7 minutes later, he registered his first goal after an assist from Sobota.

Goals from Timmy Simons and Maxime Lestienne had given Club Brugge a 3 - 0 advantage before Fatai completed the humiliation of Anderlecht.

With the win, Club Brugge are now second on the table, 5 points ahead of their Brussels rivals Anderlecht, who have 15 points.