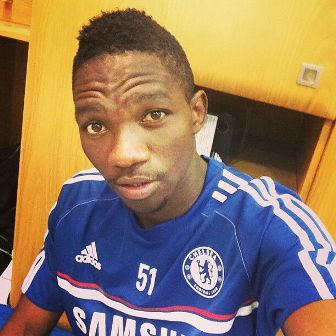 Middlesbrough target Kenneth Omeruo has claimed that he is in contact with the National Team handlers and will be handed a call-up for the reverse fixture between Nigeria and Ethiopia in Calabar on November 16, allnigeriasoccer.com has been specially informed.

19 - year - old Omeruo has not played for the Super Eagles since he underwent surgery after picking up an injury at this summer’s Fifa Confederations Cup.

Now, the teenager is close to full fitness and started training with the Chelsea Reserve Team last Wednesday.

Kenneth Omeruo is credited with 14 international caps for the Nigeria selection.