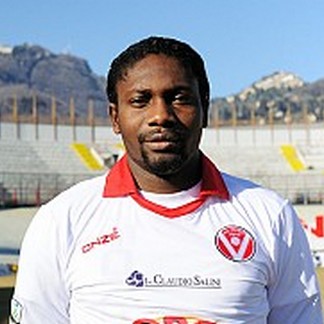 Italian - Nigerian striker Osarieman Ebagua says he is enjoying his career with Spezia even though the poor playing surface might affected his performance in home matches.

Last season, the 27 - year - old netted 17 times in the championship for past team Varese and this feat made him highly sought after in the summer, with Steaua Bucharest and Verona reportedly among his suitors.

“I did not expect this emphasis, at this level of football euphoria in the city, I did not think it was so strong.

“As for the rest, I must reiterate a concept already expressed before: This field penalizes our features, but that we have this and we have to adapt .

“I think the best performance they arrive on a dry ground,” Osariemen Ebagua told reporters.

He has managed one goal in eight appearances in the Serie B this term.