...the complete Nigerian football portal
Subscribe
Agbetu, Gideon Through To Next Round Of Turkish Cup
Published: October 30, 2013 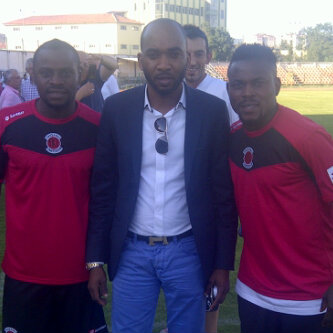 TavĂ…źanlĂ„Â± Linyitspor, the team of former Nigeria youth - teamer Akeem Agbetu, are through to the next round of the Turkish Cup.

While Azerbaijan international Nduka Usim was named in the starting lineup by manager Umit Tok, Sani Gideon and Akeem Agbetu were second half substitutes.

Joining TavĂ…źanlĂ„Â± Linyitspor in the next round is John Utaka’s Sivasspor, thanks to the 3 - 1 win over Ankaragücü on Tuesday.