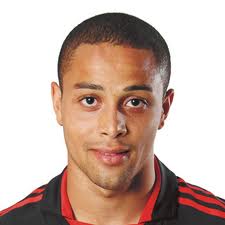 The Germany international suffered a thigh muscle injury against Hertha BSC on Saturday and  a scan has now revealed that he will certainly miss the tie at BayArena, the official website has reported.

“Sidney’s injury is bad news. It’s the biggest game of all the matches in our Champions League campaign.

“We need to get stuck in and give 100 per cent despite Sam being ruled out,” sporting director Rudi Völler said to bayer04.de.

Sidney Sam has made four appearances in the Champions League this season, netting against Ukrainian kings Shakhtar Donetsk back in October.