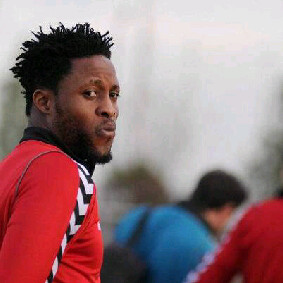 Raheem Lawal has flourished this season in  the Turkish 1 Lig and has admitted that he might have to find another club in the January transfer window to improve his chances of making the Super Eagles roster to Brazil 2014 World Cup.

The central midfielder has been on the score-sheet 4 times in his last 9 matches for promotion chasing Mersin ä°dmanyurdu.

“I am so happy and God is on my side, that is why everything is going on smoothly for me this season.

“I am targeting a transfer to to a club in the Super League in Turkey or First Division in another country.

“God willing, I pray the deal materializes in January. Many clubs are interested,” Raheem Lawal said to allnigeriasoccer.com.