...the complete Nigerian football portal
Subscribe
Obi Mikel : We Should Not Get Carried Away With Drogba
Published: December 17, 2013 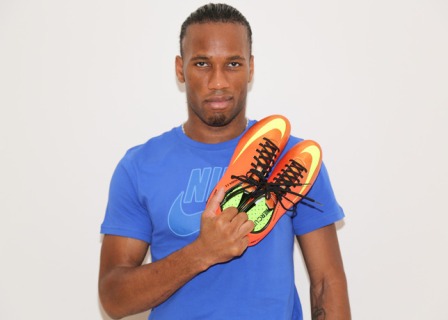 The midfielder will come head to head with his friend and Ivory Coast superstar Didier Drogba, who plies his trade for Istanbul based Galatasary.

Speaking to the official website of Chelsea, chelseafc.com, Mikel said : “He is a player that was here for eight years, he won major trophies, he’s a big player with a big personality.

“Obviously he had to move on but Chelsea continue -- we have to win games.

“He’s coming here with his new club, Galatasaray, who we want to beat, so we shouldn’t get carried away about him coming back. We want to win the game.

“I’m sure he will text very soon. He’s probably having a drink after seeing the draw, but it will be great to have him back.”

To qualify for the knock out rounds of Europe’s most glamorous club competition, Chelsea topped a group containing Schalke 04, Basel and Steaua BucureĂ…źti.

On the other hand, Galatasaray caused a sensation after they beat Juventus 1 - 0 in their last group match to progress to the last 16.