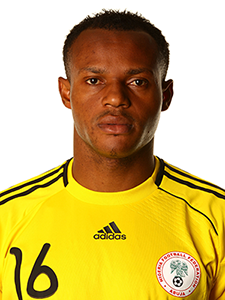 Hapoel Beer Sheva, who pay the wages of Nigeria international Austin Ejide, are having their best season ever in the Israeli championship.

On Monday , Hapoel Beer Sheva defeated Hapoel Tel Aviv 3 - 1 at the Bloomfield Stadium, the second defeat suffered by the Reds this season against the Camels after they lost 2 - 0 in August.

Austin Ejide, 29 , is one of the most important players in the Hapoel Beer Sheva roster and he is delighted with the victory over the Reds in the 15th round of matches.

“I am happy about the victory that demonstrated a lot of character in our game as well, but three points are most important for us now.

“We played well and took advantage of the opportunities yesterday.

“It is still early to talk about the championship.

“We have to play well every week, hoping to find ourselves in the first and important to take advantage of the opportunities given to us.

“The goal is to do the maximum we can by working hard,” Austin Ejide told reporters.

The Camels ended 2013 as the second best team in Israel with 34 points after 15 matches.

Austin Ejide has kept 8 clean-sheets in 15 appearances in the Premier League.