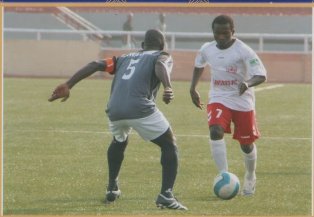 Nigeria defeated Ethiopia 2 - 1 in her last tune- up game before the squad departs for the CHAN tournament which starts in South Africa in a week’s time.

The victory means Stephen Keshi has not lost or even drawn to Ethiopia in four matches since he took over the reins as Nigeria manager.

Ifeanyi Ede and Ugonna Uzochukwu had given the Super Eagles a two - goal cushion before the Walya Antelopes got a consolation goal in the second half through Omed Okwuri.

Nigeria are widely tipped to do well at the African championship having won the African Cup of Nations with six local players in the roster.

They have been drawn in Group A of the tournament alongside hosts South Africa, Mali and Mozambique.