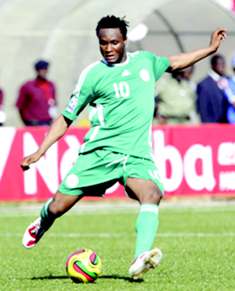 Chelsea defeated Derby County 2 - 0 in the third preliminary round of the FA Cup on Sunday.

“I recognise his ability to play as an anchorman, to play that position in a very comfortable way, with no mistakes.

“He reads the game well, plays in an intelligent and safe way, but I never recognise his goalscoring appetite.”

Obi Mikel was handed the armband by Michael Essien when the later was replaced in the 54th minute.

Chelsea will trade tackles with Stoke City in the fourth round of the FA Cup at Stamford Bridge on January 25.