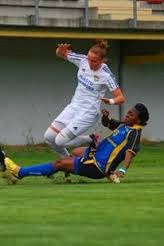 Al Arabi Ladies defender Queen Ejovwo has warned her team mates not to get complacent in their pursuit of victory in a Qatari Women League match against Al Rayyan Ladies on Wednesday.

The Asian side depended on the work rate of Queen and the shot stopping abilities of Chioma Nwankwo to get a 2-2 draw against Al Khor, which marked a sweet debut and a goal for the Confluence Queens product.

“We must be very careful not to fall into the trap of those who tell us that victory is already assured,” she said

“Players, fans and I must never forget that it will be a season full of passion and hardwork.

“And speaking of fans, I urge them since now to be even closer to the team. For many reasons, they are our strength.”

The former Bobruichanka ace praised the effort of  fellow Nigerian, Chioma Nwankwo who made numerous saves including a penalty against Al Khor.

“With Chioma in goal I see commitment and good will,” she added. She was a class act especially coming up against some Spanish nationals who featured for Al Khor .”