Iran To Camp In South Africa Ahead Of World Cup 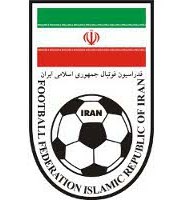 The Iranian sports minister after a meeting with chief of staff of Iranian football federation (IFF) agreed that Persian Gulf League (PGL) competition must be concluded by April 9, 2014 so that Team Melli will have ample time to prepare for World Cup 2014 Brazil, writes persianfootball.com.

According to Ali Kafashian the head of IFF, the preparation for the world cup 2014 will start with Team Melli playing against Kuwait and then Guinea in March 2014.

Then, within the last week of April Team Melli will have a camp in South Africa where Iran is planning to play three preparation matches.

After South African, Team Melli will have a camp in Europe where again Iran is planning to play three more matches.

Eventually, Team Melli will travel to Brazil and will play its final preparation math against a South American team.

All together, Carlos Queiroz’s team will play nine matches in different continents to prepare Team Melli for the finals of the World Cup 2014 Brazil.
Latest News