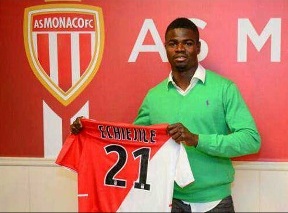 With a statement on its official website, Monaco has announced it has reached an agreement with Sporting Braga on the transfer of Nigeria international Elderson Echiejile.

“I’m really delighted to join such a great and distinguished club like Monaco.

“I give God the glory and count on the support and prayers of everyone as I hope for bigger things now back in France, which has remained my second home even after I left in 2010,.”Elderson  Echiejile said.

He will play with the number 21 jersey for the remainder of this season.