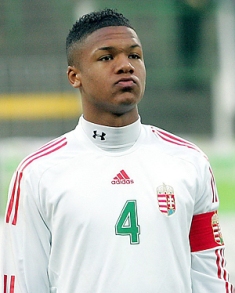 In- form Nigerian defender Kenneth Otigba netted his fifth goal of the season as Heerenveen defeated Ado Den Haag 3 - 0 in the 21st round of matches in the Dutch top division.

Otigba, who has caps for the youth teams of Hungary, was on target in the 58th minute, the first goal of the game staged at Abe Lenstra Stadium.

21 - year - old Kenneth Otigba has made 19 starts for Heerenveen in the Eredivisie.

With the victory over Ado Den Haag, Heerenveen occupy the fifth position in the standings.