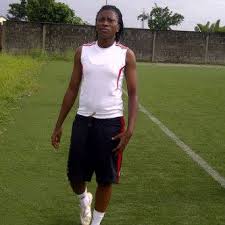 Rivers Angels ran out as comfortable winners with a 3-1 defeat of Confluence Queens on Monday.

Substitute Ugo Njoku, signed from Bayelsa Queens, stabbed home 5 minutes before the end of the match to seal the win.

As early as 11th minute, the Fed Cup Queens silenced Lokoja fans with the opener.

Ngozi Ebere doubled the lead after Rita Obeni allowed a right-flank cross slip through her legs. It was a rare mistake by the upcoming youngster.

Aishat Bello reduced the deficit after Rosemary Okoro and Mariam Okoro combined to set her up.

The hosts went into the game on the back of an impressive run of form, with Oluwole Babatunde Santana’s side unbeaten in their previous friendly games.

Angels were also in Lokoja full of energy and power after beating the Nigeria U17 women team 3-1 in a warm up match.

It was the away side who dominated from the outset as Sherifat Saheed saw a fourth-minute shot blocked.

Queens also launched one or two fast breaks with Aluko, the tormentor in chief.

The home side were more effective in attack at the start of the second half, with Rosemary Okoro’s drive tipped round the post by goalkeeper Charity John.

And, just as Confluence Queens started to get on top, substitute Ugo Njoku made the game safe when she turned in a 25 metres strike in the 85th minute.

Rivers Angels are chasing a double with a clash with Nasarawa Amazons in the Nigeria Women Premier League champion of champions final on Thursday at Confluence Stadium.

Confluence Queens are planning series of friendlies to toughen them up for the 2014 NWPL campaign.