...the complete Nigerian football portal
Subscribe
Odemwingie Says He Was Played Out Of Position At Cardiff
Published: February 10, 2014 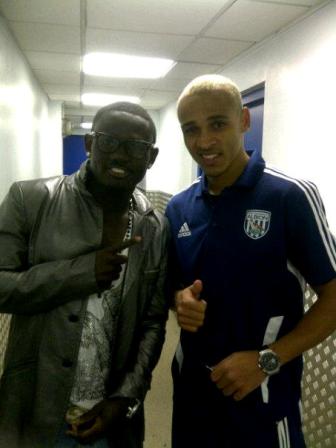 Peter Odemwingie , 32,  has opened the lid on his poor scoring form for Cardiff City .

He has insisted that his former manager at the Bluebirds was playing him in the wrong position.

The Nigeria international,  who opened his goal account for Stoke City on Saturday,  struck just once in 15 Premier League appearances for Cardiff City.

“Very often I was pulled out of games. I had a poor pre-season and I need the full 90 minutes to open up and get my fitness back.

“There were games in Cardiff when I had to be a target man, backing into players - that is not my game.

“I have never been strong physically to do that. I would say I was not used in my best way I could have been,” says Peter Odemwingie.

Peter Odemwingie is under contract with Stoke City until the summer of 2015.