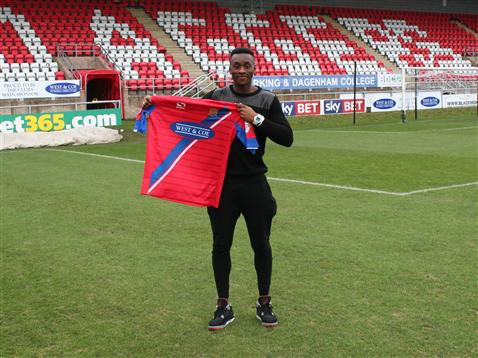 Twenty four hours after Anglo - Nigerian striker Adebayo Azeez completed his loan switch to Dagenham and Redbridge for an extra one month, he inspired the League Two campaigners to a 2 - 1 victory over Bristol City.

John-Joe O’Toole gave the home team the lead in the 15th minute before Adebayo Azeez restored parity for the Daggers in the 23rd minute.

He then completed the scoring 2 minutes before the hour mark after receiving an assist from Norris.

Prior to the tie at the Memorial Stadium, Gloucestershire, the England youth international had gone 362 minutes without opening his goal account for Dagenham and Redbridge.

With the away win, the Daggers have climbed to 12th position on the table, 6 points behind the last play off spot occupied by Southend United who have played a game more.