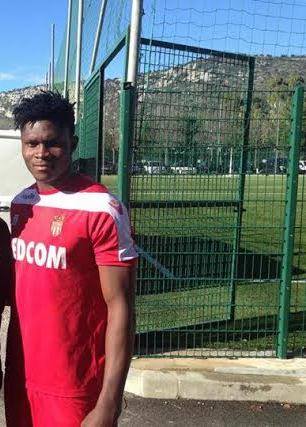 On Saturday, Norwegian Premier League campaigners Sarpsborg 08 defeated Fredrikstad 3 - 0 in their penultimate friendly before the start of the Tippeligaen.

Nigerian striker Aaron Samuel, who was close to a move to Ligue 1 moneybags Monaco in January, registered his name on the score-sheet for Brian Deane’s side in the second half.

“As a striker, you are always happy to score whether it is a practice match or real game situation.

“I would say Sarpsborg 08 will not be pushovers this coming season unlike last year where we survived relegation via the playoffs,” Aaron Samuel said to allnigeriasoccer.com.

Sarpsborg 08 will square off with Dominic Chatto’s Bodø / Glimt in their final practice match next Sunday.