...the complete Nigerian football portal
Subscribe
Exclusive: Joseph Yobo: I Am Super Fit; There Is No Cause For Alarm
Published: April 29, 2014 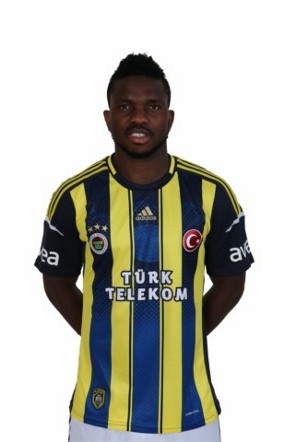 With strong speculations in the local media suggesting that Norwich center back Joseph Yobo could miss the World Cup due to fitness concerns, there is good news as the Super Eagles skipper has declared himself fit for club and country.

The experienced defender, who has sported the colours of the Nigeria selection in two World Cups, has not played an official game for the Canaries since the 1 - 0 loss to West Brom on April 5.

“I have been declared fit by the doctors at Norwich. And I can confirm to you I will make the squad for the final two games against Chelsea and Arsenal.

“I have been training with the full squad since last week. I was omitted from the squad announced last weekend for precautionary reasons.

“The last two games of the season are crucial and they want me to play a part because it will determine our fate in the Premier League,” Joseph Yobo told allnigeriasoccer.com in a telephone conversation.

With Stephen Keshi expected to announce his provisional World Cup roster in the coming days, the former Everton man has repeatedly stressed that he is fit as a fiddle and will be in shipshape for the mundial.

“I will be fit for the National Team. I am super fit and there is no cause for alarm,” added Joseph Yobo.

Joseph Yobo is on loan at Norwich City from Turkish champions Fenerbahce until the end of this season.