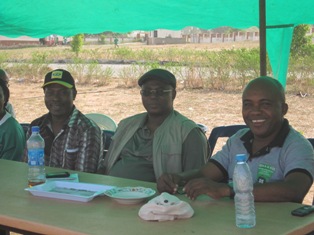 Former President of the Nigeria Football Federation Alhaji Sani Lulu Abdullahi has award academic scholarship to 10 U-13 players to continue their educational career at the FOSLA Academy in Abuja.

The award which is worth N7.25 million yearly, would see the ten lucky players who were picked from the competition organized by the Academy in Kogi State and FCT. Each of the players would enjoy the scholarship all through their secondary and tertiary education.

“They would join other naturally endowed players at the FOSLA Academy to continue their football careers and combining it effectively with their education starting from JSS 1.

“The Academy would sponsor them all through their educational careers, and managing their playing careers effectively.

“It is our dreams to see further Nigerian stars emerge from the Academy. Currently, we have over 50 players in the Academy, and higher percentage of them is sponsored by the school.

“The senior students would be writing their JSS 3 exams this year”.

Lulu said that FOSLA Academy also enroll other fee paying students who would want to learn the rudiments of the game, while combining it with their education.