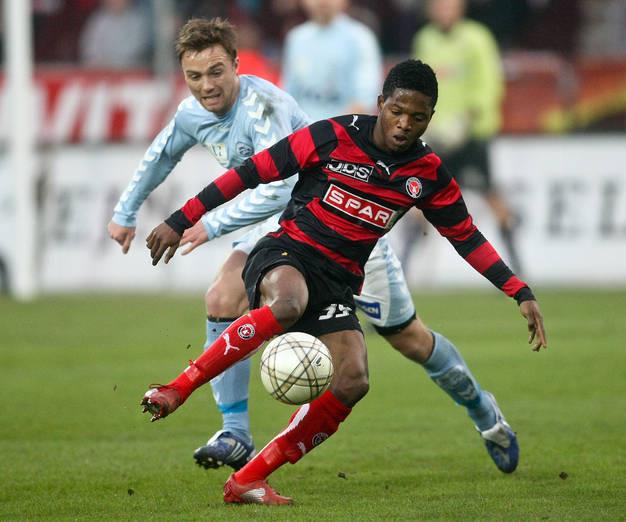 AC Horsens striker Jude Nworuh is still dreaming of playing in the Danish Superliga next season despite the Jutland side being 10 points off the pace from the two automatic promotion positions occupied by Hobro and Silkeborg.

With only five rounds before the season comes to an end, AC Horsens have to acknowledge that time is not on their hands to cover that wide margin and Nworuh has refused to see the handwriting on the wall.

“We are in the game of football and everything is possible. We just have to win our remaining matches and wait on other results.

“We have five games left and earlier dropped some points which would have brought us closer to the top teams.

“My plan is to play and score more goals, then, see what happens in the summer, ” says Jude Nworuh to allnigeriasoccer.com.

The 24 - year - old is expected to be reinstated to the starting line - up on Wednesday against Lyngby, having served a two - match suspension following his red card against Hobro on May 1.