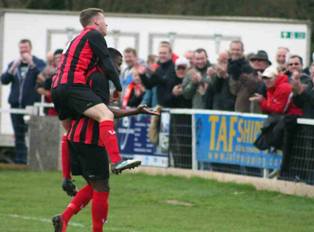 With 32 goals in all competitions , Kettering Town striker Dubi Ogbonna has every right to score himself high marks looking back at his performances this past season.

“When I joined the club last year, we were ninth in the league and I scored 10 goals in my first 4 games, including 3 hat tricks in a row which broke a club record,' Dubi Ogbonna said to SL10.ng.

“I’ll say I had a successful season because of the position we were in when I signed for the team.”

The former Cambridge City and Soham is reportedly attracting interest from clubs higher up the pyramid this summer.