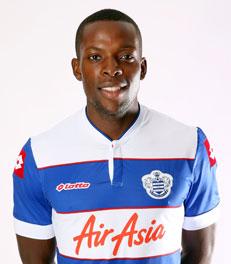 Queens Park Rangers are back in the English Premier League on the back of their 1 - 0 win over Derby County in the Championship Playoff final decided at Wembley this afternoon.

For the last half an hour, the Londoners had to play with ten men following the sending off of Gary O Neil, but in second half stoppage time, Bobby Zamora stepped up and scored a late winner.

Anglo - Nigerian defender, Nedum Onuoha, who was on parade for 90 minutes, was elated after the final whistle, and admitted that the game was not a walk in the park.

“I am absolutely delighted. With the amount of experience we have in this side, even in adversity we have a second game plan. To get the result feels fantastic.

“We must love to do things the hard way but it means twice as much now,” says Nedum Onuoha to BBC Sport.