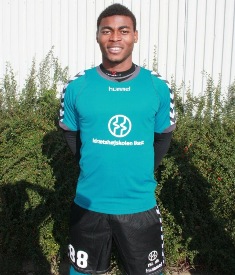 FC Midtjylland reject, Francis Chibuike, bagged a brace for his new Finnish club KuPS, as they thrashed Mariehamn 4 - 0 at the Savon Sanomat Areena (Kuopio) on Sunday.

The former FC Ebeidei talent opened scoring in the 16th minute before he completed his brace five minutes to the end of the first half.

His contract with KuPS will run out at the end of next month, with the club having option to prolong it till October, that is end of the season.

KuPS occupy the 7th position in the standings after 11 matches played.