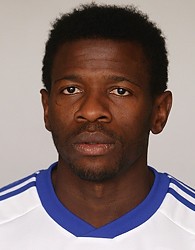 Ahead of the meeting with Shakhtar Donetsk in the third round of the Ukrainian Premier League, experienced Metalist defender Ayila Yussuf is hopeful that his side will get three points against a very difficult opponent.

Metalist occupy the fifth position in the standings with three points, 3 less than Shakhtar Donetsk, who have maximum points from their first two matches.

“After the game with Dynamo, the boys and the coach had a conversation. We are just beginning, but we know that Shakhtar are a good team.

“We will do everything to win them, to take the points,” Yussuf Ayila told Soccer 1.