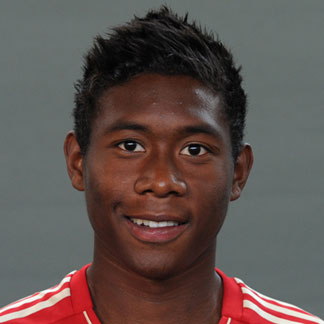 Bayern Munich defender David Alaba is one of the most experienced players in the squad despite being only 22 years of age.

Only three players in the current roster - Manuel Neuer,  Thomas Müller and Philipp Lahm - have played more games than the Austria international in the past three seasons.

“The high number of games makes me proud. I think I have also become more confident each year. This gives confidence. That’ s not so easy to achieve, since a lot of work is behind it.

“I was a long time the youngest, but now there are now a few players who are younger than me. The positive thing is that I now do not have to carry more balls or suitcase.

“That’s why I also always try to help further bring them and be there for them, because it is not easy when one so young comes up,” the wing - back told German sports magazine, Kicker.

David Alaba has started and concluded both games played by Bayern Munich in the Bundesliga this season.