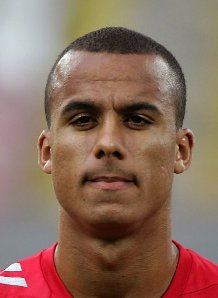 Aston Villa skipper Gabby Agbonlahor has commented on the 3 - 0 loss to Arsenal in the English Premier League on Saturday.

The Anglo - Nigerian has stated that they have put the defeat to the Gunners behind them, and the squad is focused for the game against Chelsea this coming weekend.

“We’re going to regroup and have a good week of training. We’ll get rid of the virus that a few players have got.

“And then we will go to Stamford Bridge and try and get something.

“We know it will tough. They’re a top side. We know we need to be 100% and we’ll give it all we’ve got,” Gabby Agbonlahor told avfc.co.uk.

Gabby Agbonlahor, who recently extended his contract with Villa, has scored 2 goals in his last 3 Premier League matches.