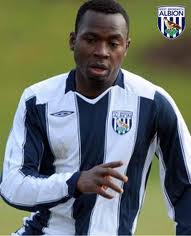 22 - year - old Anglo - Nigerian attacker Lateef Elford - Aliyu was amongst the goalscorers as Valletta defeated Qormi 4 - 0 in the sixth round.

The ex West Brom youth - teamer opened scoring for the Maltese Premier League champions in the 32nd minute before further goals in the second half by Alex Terra, Azzopardi and Montebello decided the outcome of the game.

Lateef Elford - Aliyu, an ex England Under 17 international, was also on the mark in the 2 - 0 away win over Floriana back in August.

Following their impressive win at the National Stadium, Valletta climb to fifth position on the table with 10 points.

They will trade tackles with Pieta Hotspurs in their next Premier League fixture on Thursday, October 2.