...the complete Nigerian football portal
Subscribe
Seyi Adeleke Thinks He Will Be Match Fit In The Next Two Weeks
Published: October 14, 2014 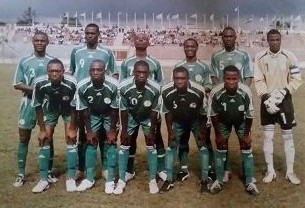 The 22 - year - old had been in Rome awaiting the outcome of his visa application to Australia., which was delayed as a result of the Ebola epidemic in Nigeria, where he had been on vacation this summer.

“It was a new situation for me, I was in Italy and I could not understand why I could not come quickly.

“But every day you learn about something new, and experience something new. Now I thank God that I am here finally, because everything in my life is about God. I believe that God wanted me to come here eventually.

“I wanted to come to Australia, and I had the belief that in the end it would happen. But now I just want to let my football do the talking, and show what I can do on the pitch,”  the new Wanderers number 25 said.

Seyi Adeleke believes that he will attain maximum fitness probably in the next two weeks after following the instructions of the fitness coach while he was in Italy.

The ex Lazio youth - teamer added : “I’m an African guy you know, and even without teammates I have been working hard to stay fit.

“I have been working on the routines that Adam has been sending me, I don’t have any issues like fatness, so I think maybe in two weeks I will be ready.”

The versatile Seyi Adeleke will compete with Antony Golec for a spot in Wanderers starting eleven.