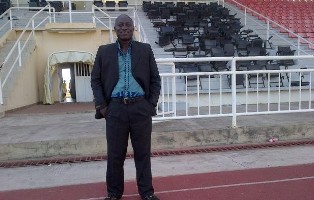 Technical Adviser of Nigeria Women Premier League NWPL side, Confluence Queens FC, Musa Amorley has advised his players to ensure they engaged in a total fitness exercise while on break.

The T.A who is fondly called Baba Anini made gave the charge through the club spokesperson Tosin Ojo on Sunday in Lokoja.

Baba-Anini said “The best any player could offer to herself is to maintain her fitness level while on break and not just to eat and sleep, the task ahead is enormous, this is the time to make up for the lost time, players need to be at their best at all time.”

He said that the target of the club is to do better than they did last season in the maiden edition of the NWPL which was tagged as the Test Run League.

“Our target for next season is to do better than we did last season, we have noticed the areas where we need to improve next season, we are going back to the drawing board.”

Confluence Queens FC finished fifth on the log behind the likes of Rivers Angels, Pelican Stars, Sunshine Queens and Osun Babes with few points separating them from the 2nd, 3rd and 4th placed teams.

Baba-Anini insists he side has done well even though he admitted that was not where they deserved.

“We are one of the teams who have done well in the just concluded season, even though fifth was not our target, we deserved better but the club is ready to work on it deficiencies, ” he said.

The Wada Queens recently declared end of the season break on Tuesday 18th November, 2014 and revealed resumption day will be communicated across to the players in the new year for the new season preparations, pre-season and recruitment of players.