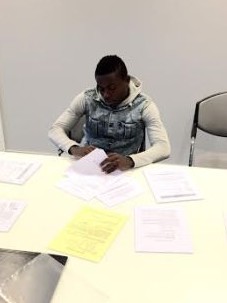 Moses Siimon, hailed as the Nigerian Ronaldo, has already started repaying the investment made by Gent to secure his signature from AS Trencin in the January transfer window.

The GBS Academy product has now contributed an impressive 6 goals since switching to the GHELAMCO-arena, having scored and created two assists in Gent’s 4 - 0 thrashing of Westerlo on Saturday evening.

A week before, the Nigeria youth international notched his second hat - trick of the season, on a personal level, in the 3 - 3 draw with Lokeren.

Bringing the statistic to life, Moses Simon has contributed 46 percent of the goals scored by Gent in the Pro League in the last four matches.