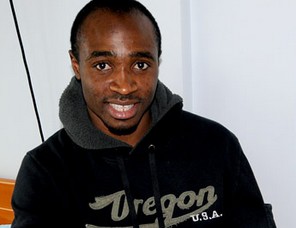 For the first time since joining Balikesirspor in the winter transfer market, Isaac Promise was on target for his new employer.

The 27 - year - old first scored in the 35th minute, breaking his goal drought which lasted for 116 minutes, before netting the third goal for Balikesirspor ten minutes after the interval.

Nigeria international Raheem Lawal was not named in Eskisehirspor’s 18 - man squad that traveled for the game at the BalÄ±kesir Atatürk Stadium.

Isaac Promise is the first Nigerian player to score a brace in the Turkish topflight in the last 3 months, with the last pair of goals netted by Joseph Akpala on December 7, 2014 in Karabukspor’s 3 - 0 victory over Rizespor.