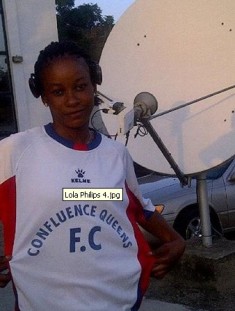 The Nigeria Women League Congress for the 2015 season billed for Tuesday 25th March will witness an exhibition match between League champions Rivers Angels and Confluence Queens.

The match which has been fixed for the FIFA Goal Project Technical Centre will see Confluence Queens battle in an exhibition match due to get underway by 4pm Nigerian time.

“We are happy to be given this kind of opportunity to play a match of this class,” Musa Amorley aka Baba Anini was quoted by the club spokesperson Ojo Tosin.

“It’s a match that will be prepare us well ahead of the new season.

“Rivers Angels were the league champions for last season, so when you play against a good side like Rivers Angels it will help to amend areas where the team needs to work on.

“The essence is not to show that we are better than them but to help us know how ready our team is for the coming season.”

The coach added, “It’s a match that is good for both teams and I believe it will go a long way to help both teams too.”