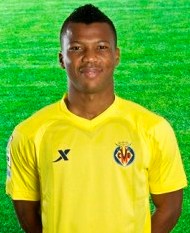 After being left out of the squad that tackled Valencia last weekend, Ikechukwu Uche could play a part in Thursday evening’s La Liga clash with Espanyol.

Villarreal CF coach Marcelino Garcia Toral has included Uche on his 18 - man squad list for the encounter at El Madrigal.

Having spent two and a half weeks without playing an official game for The Yellow Submarine, the Nigeria international is raring to go.

“Ready for tonight game vs #Espanyol And you? There we go!” Ikechukwu Uche tweeted.

The 31 - year - old has not scored in the league since he found the back of the net in the 17th minute against Elche on January 3rd.