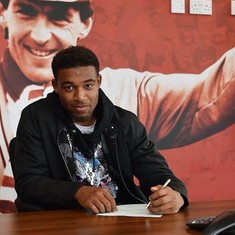 Jordon Ibe has urged his Liverpool colleagues to forget about the 6 - 1 thrashing suffered at the hands of Stoke City on the final day of the season.

With The Reds 5 - 0 down, the winger was introduced at the start of the second half as manager Rodgers tried to remedy the situation.

“Everyone is just disappointed and we just need to learn from it. Hopefully when we play Stoke or any other team, we won’t be losing these sorts of games,”  said Jordon Ibe to liverpoolfc.com.

“We need to play to a higher standard, whether it’s the first game of the season or the last. We’ve not played the best today but we need to go away in pre-season and learn from this.

“With new players coming in and having time off, we can build from this and get better.”