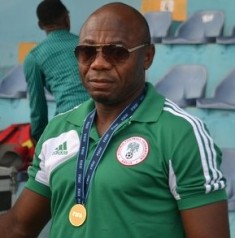 According to information gathered by allnigeriasoccer.com’s editorial staff, Manchester City target Chidera Ejike could begin training with Nigeria’s Under 17 National Team in the coming months.

The 16 - year - old comes from the stable of nursery team Gee-Lec Football Academy Jos, and has been hailed as the new Iniesta by his minders.

It is understood that the offensive player has been recommended to the Golden Eaglets selectors, and the exciting teenager is set to begin trials with the current world champions as from July.

Man City have sounded out Gee-Lec Football Academy Jos as regards to offering Chidera Ejike a deal when he attains the age of majority after missing out on the signature of Tottenham Hotspur trainee Musa Yahaya.

The highly - rated starlet is represented by influential Jos - based agent Babawo Mohammed.