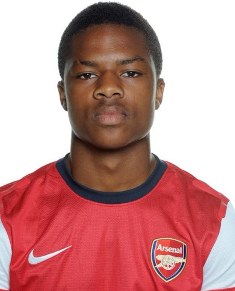 Arsenal striker Chuba Akpom netted a late equalizer as England Under 20s got their Toulon Tournament underway with a 3 - 3 draw against  Morocco.

England took the lead early in the first half but the North Africans netted two quick - fire goals to go in front.

Duncan Watmore restored parity for the young Three Lions only for Bencharki to restore Morocco’s one - goal advantage just before half - time.

It must be said that Dominic Iorfa did not impress in the heart of defense and his misery was complete when he was sent off in the second half.

The result means England Under 20s are yet to taste defeat since the start of this season.