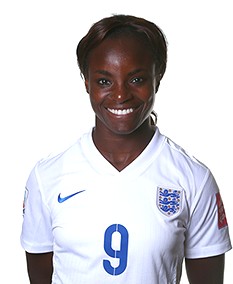 Chelsea striker Eniola Aluko was dejected after The Lionesses failed to qualify for the final of the Fifa Women’s World Cup following their 2 - 1 loss to defending champions Japan on Thursday morning.

Mark Samspon left the Anglo - Nigerian out of his starting line-up for the umpteenth time in the competition, but she was brave enough to speak for her teammates after the game in Edmonton.

“Everyone in there is gutted, we’re all really shocked,” the Chelsea star told thefa.com.

“To lose in that way is just cruel. Cruel.”

The 28 - year - old was in action when England took on France and Mexico in their first two Group F fixtures.