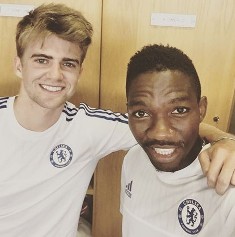 The Blues coach Jose Mourinho is yet to put the finishing touches to his squad for next season and this gives the Super Eagle hope than he can break into the team if he does well during pre - season practice.

After spending the last one year at the Riverside Stadium, Omeruo was delighted to link up with his ex Middlesbrough teammate, Patrick Bamford, at Cobham.

It is understood that the central defender will be farmed out on loan for the third year in a row if he fails to convince Mourinho about his qualities at the end of pre - season training.

The 21 - year - old is yet to make his official debut for the Londoners.