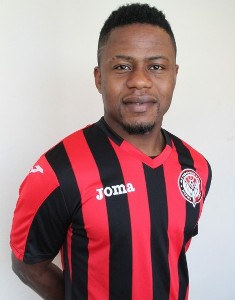 Three Nigerian players were in action for Amkar Perm in their last friendly before the start of the new Russian Premier League season.

At the Stegersbach Stadium, new signing Izunna Uzochukwu, Fegor Ogude and Brian Idowu got a taste of action against Hungarian opposition Mezokovesd SE.

Of the trio, only Nigeria international Ogude was named in the starting line-up, but the midfielder made way for Idowu in the 46th minute.

Former FC defensive midfielder Uzochukwu made his unofficial debut for Amkar Perm after he was subbed on after the intermission.

Amkar Perm will clash with Krasnodar in their first official game of the season a week from today.