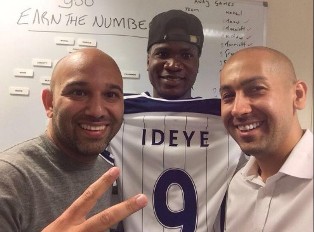 Brown Ideye was pleased to get on the scoresheet in West Brom’s 2 - 1 win over Charleston Battery in a pre - season friendly staged in South Carolina, USA.

The contest was heading for a draw until the Nigeria international popped up in the 82nd minute to score the game - winner.

The Baggies manager, Tony Pulis, named Super Eagles striker Victor Anichebe in his starting XI but replaced him for Ideye immediately after the intermission.

In their next pre - season fixture, West Brom will tackle Richmond Kickers on Sunday at City Stadium.