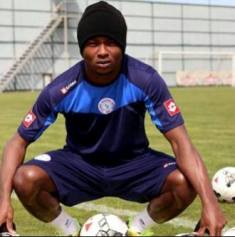 The fixtures have not been kind to manager Hikmet Karaman and his charges, with a home game against Fenerbahce in their second match of the season.

“Van Persie, Nani and Eto’o are not the toughest players I have played against. So I see no problem facing them by God’s grace.” said Godfrey Oboabona to allnigeriasoccer.com.

“Pre - season training has been fine. We lost 1- 0 against Vitesse but it’s just preparation for the season.

“I am in good physical condition now.”

The Nigeria international was named in the starting line-up for Rizespor’s friendly against Vitesse on Friday.