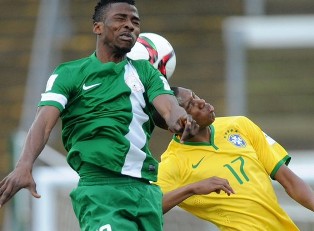 In front of 99, 382 at Melbourne Cricket Ground, Kelechi Iheanacho appeared for Manchester City for the third time in a pre- season fixture.

Against Real Madrid, the Flying Eagles midfielder was subbed on in the 65th minute in place of Spain international David Silva.

In a game dominated by Los Blancos, The Citizens were trailing their illustrious Spanish opponents 3 - 1 by the time Iheanacho joined the fray and his introduction by manager Manuel Pellegrini had little or no impact.

Instead, Man City did concede again after Denis Cheryshev tapped home from close range after he was set up by Isco to make it 4 - 1.

First - half goals from Benzema, Ronaldo and Pepe put Real Madrid 3 - 0 up before Yaya Toure scored what turned out to be a consolation just before the intermission.

Friday afternoon’s loss was Manchester City’s first defeat since they were beaten 4 - 2 by Manchester United in April.