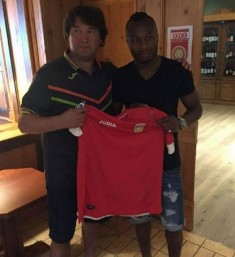 Former FC Midtjylland players Sylvester Igboun and Izunna Uzochukwu have made their debut in the Russian Premier League for their new employers.

Twenty four hours earlier, Igboun suited up for the first time in an official game for FC Ufa, lasting the full 90 minutes on the pitch in the 2 - 1 loss to Rostov.

Interestingly, the FC Ebedei products have retained the shirt numbers they worse during their stint with FCM, with Igboun handed the number 44 jersey while Uzochukwu stepped out onto the Central’nyj Stadium pitch with the number 43 kit.

In the provisional standings, Ufa are 11th with a point after two matches while Amkar Perm sit sixth.